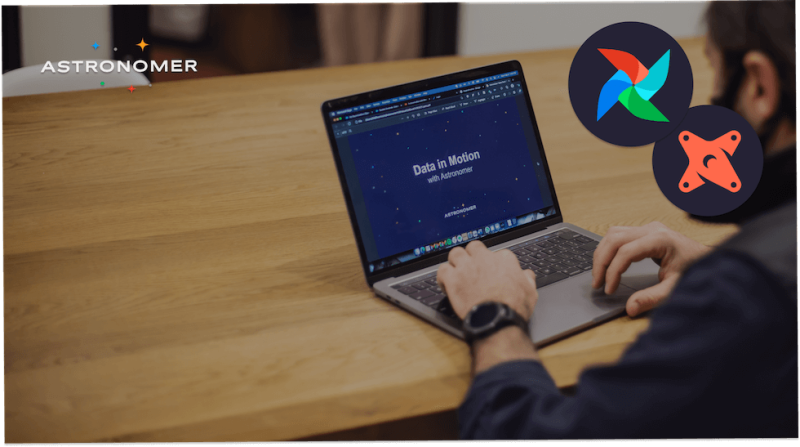 Building a Scalable Analytics Architecture with Airflow and dbt: Part 2

Implementing an ideal development experience at the intersection of two popular open-source tools, written in collaboration with our friends at Updater.

In our previous post, "Building a Scalable Analytics Architecture with Airflow and dbt", we walked through how to build a great experience around authoring DAGs that execute dbt models with granular retry, success, failure, and scheduling capability. Now that we have these DAGs running locally and built from our dbt manifest.json file, the natural next step is to evaluate how these should look in a production context.

To revisit where we left off, the workflow we've outlined thus far is great for generating a single DAG with all of our interdependent dbt models, but there are still a few outstanding questions, including:

Because all of our dbt models are still running on the schedule of a single Airflow DAG, there exist some inherent limitations in the extensibility of our approach. For our use case at Updater, we need to be able to run different groups of dbt models on different schedules. After thinking through the desired approach, we decided that the ideal scenario would take a group of models defined by some selector, e.g. dbt run --models tag:hourly, and deploy that set of models as their own Airflow DAG with its own defined schedule. Leveraging the manifest.json file to correctly set these dependencies between an arbitrary set of models proved to be a bit tricky, but we were able to build out a robust CI process that got everything working as expected:

Note that the functions in the DAG file above have been split out for simplicity, but the logic implemented is the same as described in part 1 of this series.

Putting all of this together, we end up with multiple Airflow DAGs, each running on its own defined schedule, with a specified group of interdependent dbt models running as individual tasks within each DAG. With this system, running a production dbt model in Airflow is dead-simple: all we need to do is tag a model with the appropriate schedule interval and it will automatically get picked up and executed by the corresponding Airflow DAG.

Ultimately, this gives us a fully robust, end-to-end solution that captures the ideal scheduling, execution, and observability experience for our dbt models with Apache Airflow.

As with anything, there are a few potential limitations associated with this approach that users should be aware of. We look forward to building upon this integration going forward and welcome additional feedback from the community.

While having the visual representation of your dbt workflow in Airflow is a great way to drill down into your data transformation layer, it is very common to use dbt in the context of a broader ETL or ELT workflow; all of the data that dbt is working its magic on has to make its way into the warehouse somehow.

Airflow serves as a great tool for end-to-end scheduling, visibility, and execution of the broader ELT pipeline; this is a common usage pattern we at Astronomer see in customer contexts. In these cases, it is common for users to implement a third-party tool such as Singer or Fivetran for out-of-the-box data extraction and loading.

An Example: Singer + dbt for ELT

Note: All of the code we're using in this example is available this Github repository and can be run locally using the Astronomer CLI.

Let's take a look at a common use case: building an ELT pipeline with Singer Taps, Singer Targets, and dbt. It's quite easy to mock this up using some basic singer libraries.

This approach is functionally correct, but there is an aesthetic limitation: because we have so many dbt models being run and tested, and conceivably would extract from multiple sources and load to many different tables in a production use case, it is quite challenging to sort out what's going on with this DAG at a first pass: 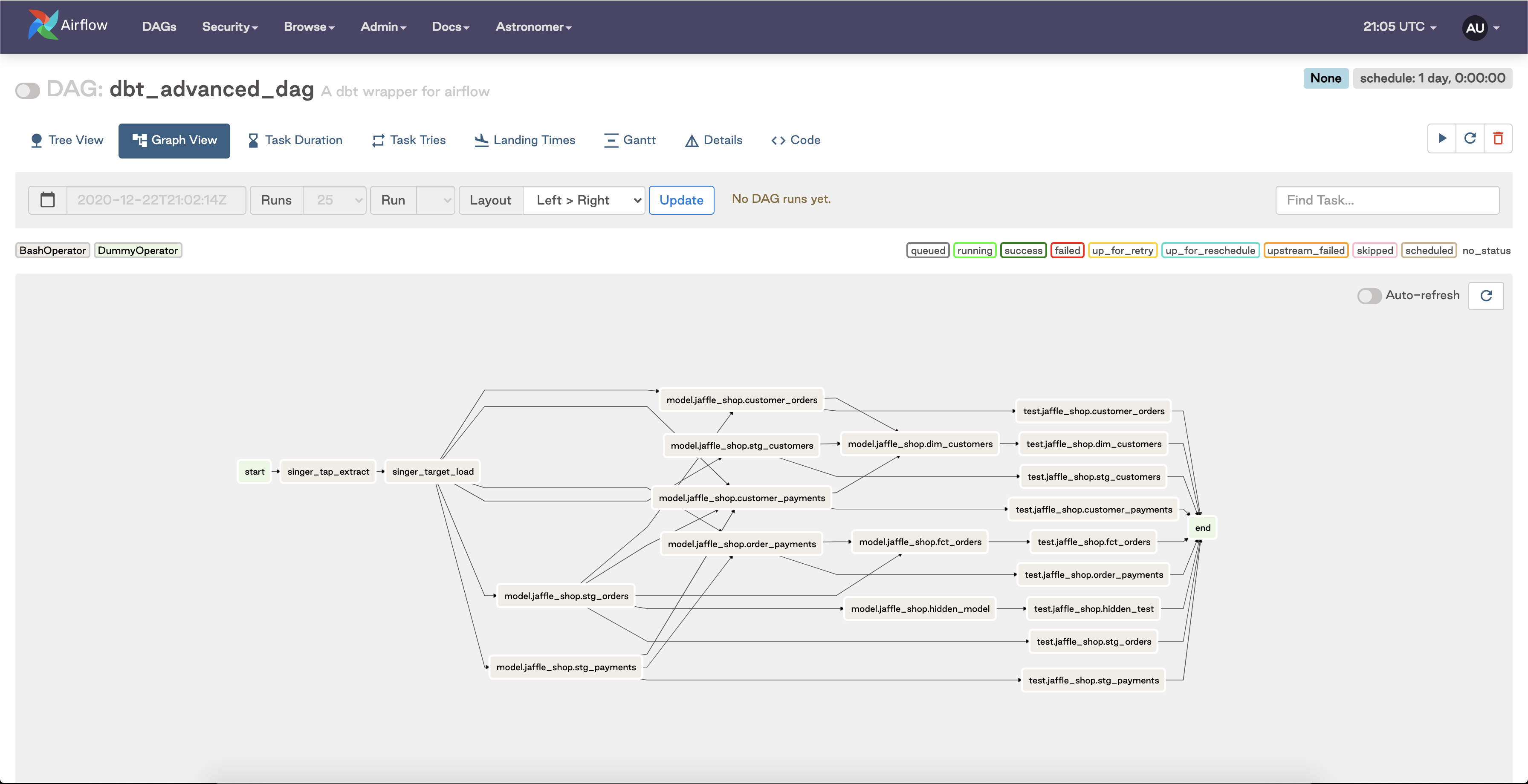 You can imagine the increasing amount of visual complexity introduced as you scale the amount of dbt tasks you want to execute in this DAG; it ends up being difficult to reconcile which parts of this graph are extracting, loading, and transforming

As of Airflow 2.0, users can leverage the TaskGroup feature to visually organize their DAGs into logical chunks of work that map to dedicated portions of their data pipelines. While using TaskGroups doesn't change execution order or priority under the hood, it provides us with a nice way to build beautifully-organized ETL pipelines:

And voila! We have ourselves and end-to-end ELT pipeline that:

While the system we have in place today is an excellent MVP that delivers the desired experience for our team, there is always progress to be made at the intersection of Airflow and dbt. For now, we look forward to memorializing this defined process as a supported usage pattern, but we look forward to building upon this integration going forward to create a beautiful experience for our users. As we continue on this journey, we would love to hear from other folks in the community who have encountered a similar challenge and/or have built an effective solution, so please reach out if you're open to brainstorming together.

We decided to take the topic of building a scalable analytics architecture with Airflow and dbt a little further and put together a utility package that can be used to generate Airflow DAGs from dbt models in a more convenient fashion. In part 3 we give you a brief overview of how to use the package and show you some sample configurations.