This webinar presents the bright future of data-centric DAG writing with a promising solution offering new features that will make your life easier. Let's find out what we created!

After the release of Airflow 2.0 in 2020, we made some foundational fixes, including the HA Scheduler, the Taskflow API separating all of the operators and the independent providers, and other infrastructure-level improvements. The feedback was that the tool worked perfectly for the Airflow admins. Still, we could also create an experience more fitted to what data engineers, data scientists, and data analysts typically do. So we went back to the “drawing board”, performed an in-depth analysis of the DAG writing process, and continued its simplification. 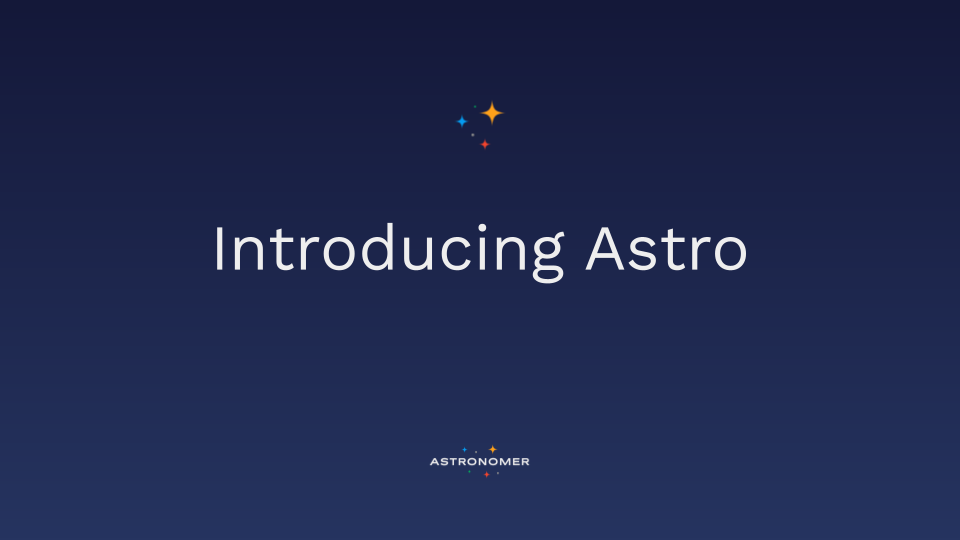 Astro combines a couple of new significant features and improvements that give you proper control over the DAG-writing process and make it more intuitive. The idea behind the functionality is to help all users get onboarded into the experience quicker and with less effort. 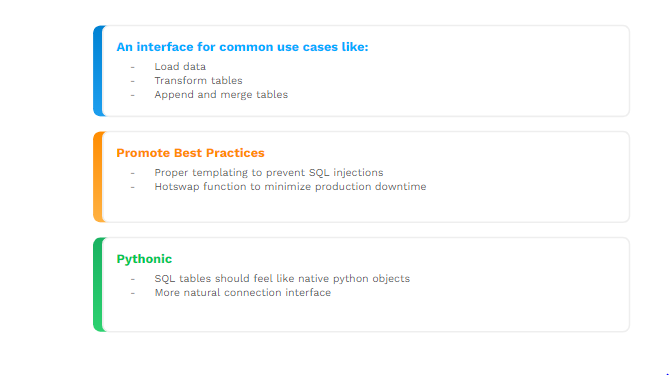 When it comes to a better Airflow SQL story, we wanted to handle the common cases of ELT – load data, transform tables, append and merge the existing tables. Another important aspect was the promotion of best practices. Knowing that poorly formatted SQL can lead to SQL injections and cause a security issue, we made it as easy as possible to template your SQL in a way that's safe. With hot swapping, the downtime is minimized as instead of merging into a production table, you can just merge into a temp table and swap them at the last second. We also wanted to be still Pythonic – create a system where SQL tables feel like Python objects that can be passed between Python functions, allowing you to write out ELT pipeline without having to worry about a lot of the internals and what's happening underneath.

With the AQL transform function, you only need to define the context at data load time to automatically go from SQL to Python and from Python to SQL.