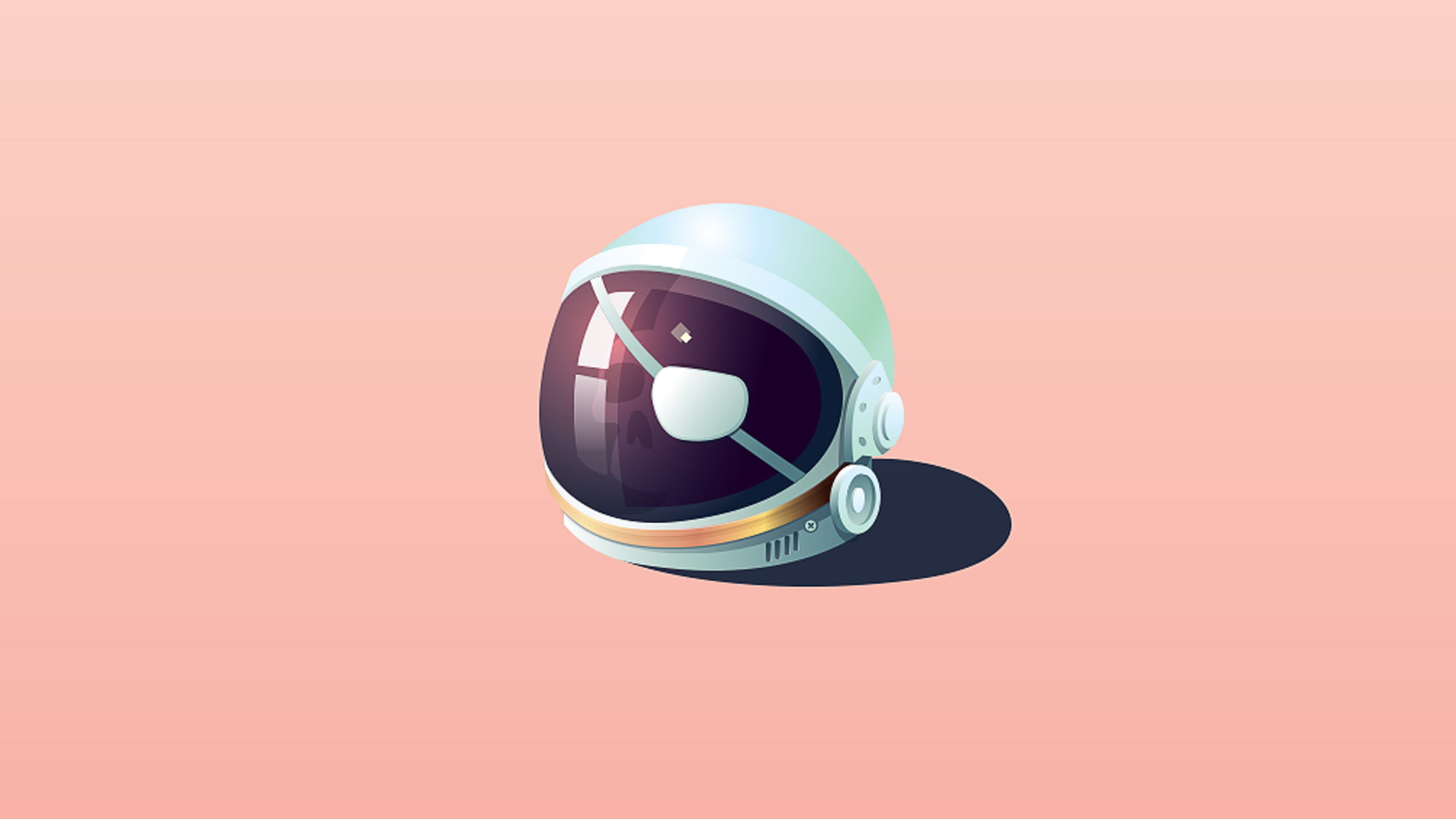 *Thanks to Nick Kumbari for this awesome space pirate illustration.__

My friend Luke once told me a story about a time from early childhood when his father took him on an unforgettable adventure. Now a designer, he has been peeling back the layers of this adventure, uncovering valuable lessons scattered amidst the glow of nostalgia. These lessons have shaped his career and sent him down a path of pursuing the art of building great products and great brands.

I, too, have been building products in one form or another for most of my career and see some useful parallels revealed in his simple story that help me navigate the complexity of the product development process. First, let me tell you Luke’s story:

It was Saturday morning in a sleepy Chicago suburb, about twenty years ago, when Luke’s father burst into the bedroom that Luke shared with his brother and proclaimed there was treasure to be found and danger afoot. Dressed as a grimy, swashbuckling pirate captain, he strode over, sword in hand, and handed Luke and his brother an old, weathered treasure map. It would be their job to be chief navigators and first mates… to lead an expedition, chart the course and find the booty.

The treasure hunt took them all over the city, chasing gold, dodging dangerous rival pirates and eventually dumping them at a river where pirate ships awaited with black flags and mainsails billowing in the wind. During a particularly dangerous series of rapids, one of the ships capsized, dumping Luke into the crashing waves. But in the face of real danger, the pirate captain encouraged his first mates not to be afraid, and to carry on for glory and treasure.

Finally, Treasure Island came into view. Before the ships even hit land, the boys were sloshing through the waves and up the beach to find the buried loot. They didn’t hesitate, because they didn’t need any help. They had studied the map ceaselessly in anticipation of this moment. They followed the landmarks until finally stumbling on the upturned earth where the prize surely lay. In moments, the pirate captain arrived, shovels in hand, and helped the boys unearth an authentic, glimmering pirate chest. With shaky hands, Luke and his brother lifted the lid to reveal…

At this point, Luke explains that he doesn’t really remember what was in the chest. Because it didn’t really matter. Like everything else that Saturday morning, the delight was in the experience.

We all want to build a product that takes our customers on an unforgettable adventure. Luke’s dad did a few things that we would be remiss to overlook. Here are a few:

These days, Luke can remember some of the more realistic details from his adventure. His father’s eye patch was poorly cut construction paper and twine, his pirate coat was a shaggy old repurposed Halloween costume, not even pirate-themed, and the map was just a piece of wrinkled printer paper with crudely drawn lines. Even the glorious pirate ships were rental canoes strung up with bedsheets. And the treasure itself? Well, it was completely forgettable. But in that moment, it was all real. It was all flawless.

See, at the moment in time of this story, Luke and his brother were going through a pirate phase, and their father knew this. He was paying attention. The boys had gone through Star Wars phases, cowboy phases and astronaut phases … but just then they were going through a pirate phase. This wasn’t just an adventure, it was a very real and very timely dream come true. Luke’s father had the keys to crafting a meaningful and magical user experience, not because he subscribed to the right formula or had access to the best assets, but because he knew his kids better than anyone else in the world, and he focused on delighting them. He understood deeply how to delight them, because he had spent significant time with them. That’s what it takes to be empathetic.

Any product development methodology worth its salt will tell you that end-user research and interaction is critical to building something great. Here at Astronomer, one of the primary engines fueling our UX is the IDEO Human Centered Design Process. This process suggests that understanding your user’s needs should be the very first consideration. In their Field Guide to Human-Centered Design, IDEO says,

When you understand the people you’re trying to reach—and then design from their perspective—not only will you arrive at unexpected answers, but you’ll come up with ideas that they’ll embrace.

Luke and his brother embraced the treasure hunt without any reservations, because it was tailored to the needs of their current phase.

In a nutshell: a timely “empathy first” approach is the key to meaningful and embraceable UX.

But empathy without action is merely philosophy. It isn’t useful in isolation in a modern tech culture where speed is king. The magic and wonder of the treasure hunt speaks volumes about Luke’s father's inherent marriage of empathetic and tactical work. He had an action plan. The boats, for instance, didn’t need to be perfect, real pirate galleys; they just needed to be there. His empathy told him the ships were critical, but his tactical plan is the only reason the boats ever showed up.

It may seem obvious to note, but it’s important to remember that building products takes a lot of active, dedicated work. Someone needs to be willing to sit down after every meeting and every empathetic breakthrough to document. Write everything down, sketch wireframes on a napkin, pull together timelines and set deadlines, even if it feels too early (it never is). Never be afraid to get tactical, even if it isn’t your responsibility. Set the stage for productive conversations by crafting an environment where all the variables are available to your team.

In life, we marry these empathetic and tactical skills constantly. We may have a friend going through a difficult time, so our empathy tells us to cook a meal for them. In the process, we do our research to discover which meal will be most appreciated, write down the recipe, schedule time to go to the grocery store and cook and coordinate with others to calculate the most valuable time of delivery. In life, tactical work is a natural extension of our empathy.  But too often on our product teams, we have a tendency to over-specialize in an effort to stay organized. We assume the tactical work is someone else’s responsibility. In my experience, this is where many failed products stall out. Which leads me to possibly my most important learning about product development…

Early in my career, I was asked to consult with a team building a philanthropic product with a mission and vision that was close to the hearts of everyone on the team. For the sake of privacy, I can’t provide more details, but stakes were high, and this product had the potential to change the lives of a disenfranchised subset of culture. Amidst all the energy, excitement and empathy,  we had seven meetings without a single significant followup deliverable. We talked tactics, but didn’t actually do anything. Having burned through too much runway on strategy time and spent too many resources trying to consolidate seven meetings worth of information retroactively, the project eventually fizzled out.

Sure, the project manager probably wasn’t holding up his end of the deal. But anyone on the team could have maintained a feature list, drafted up a roadmap, or even distributed some followups for the next meeting. These are things that would have held us accountable and ensured progress, and anyone could have done them.

Find a system or tool that works for your team and get started. Write everything down. Regardless of your seniority or “role,” always assume you need to spend at least as much time documenting your learnings and ideas as you do discussing them.

This is a core philosophy of the User Experience Team here at Astronomer. We have designers writing user stories and developers conducting in-person user interviews. Even our CEO is getting into the weeds helping us implement ground-level planning tools like Aha! to ensure a successful development roadmap. When it comes to building something great, everyone is responsible for the tactical work, no matter how tedious, because everyone is affected when it doesn’t get done.

At Astronomer, we want to focus on delighting our users at every point of interaction by meeting them in the exact “phase” they are in. To do that, we need to talk to them, every day. We want to deeply empathize with those who need our product and integrate their needs and desires into our development roadmap. We expect the whole team to pitch in and memorialize our best ideas by  writing them down, and hold each other accountable to produce tangible next steps. When it comes down to it, we know that anyone, even a data company, can take you on pirate adventure—or in our case, a space adventure. Thanks, Luke’s dad.

Luke Moderwell (mentioned in the story above), is a brilliant Designer and Front End Developer in the Cincinnati/Dayton area. If you want to know more about his work, check out his Dribbble or his website. Thanks for telling your story, Luke.