Apache Airflow or Apache Beam? Or both, working together? Let's have a closer look at two popular data management open source tools. 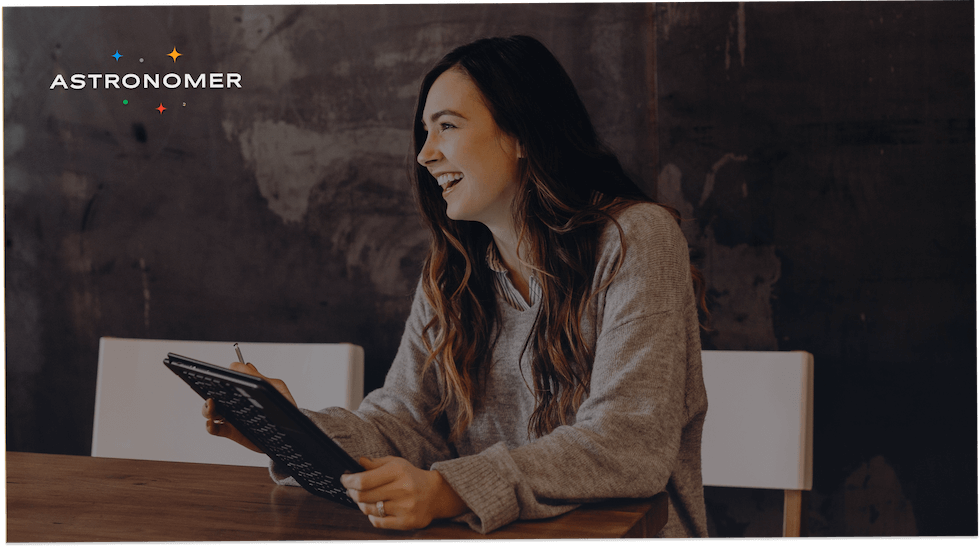 The need to compare data tools and to keep hunting for the perfect one seems never-ending. We get it - choosing the right data management tool for a business is a virtually final decision. Once you go all-in with a data orchestrator, moving to another tool would be a waste of time, money, and resources. That’s why it’s worthwhile to find out which workflow manager is ideally suited for your specific needs and ready to grow with you. Today, we will help you choose by looking into the differences and similarities between two of our favorites: Apache Airflow and Apache Beam.

On the surface, Apache Airflow and Apache Beam may look similar. Both were designed to organize steps of processing the data, to ensure that these steps are executed in the correct order. Both tools visualize the stages and dependencies in the form of directed acyclic graphs (DAGs) through a graphical user interface (GUI). Both are open-source, too. Airflow seems to have a broader reach with 23.5K GitHub stars and 9.5k forks, and more contributors. It’s probably because it has more applications, as by nature Airflow serves different purposes than Beam.

When digging a little deeper, we will find significant differences in the capabilities of these two tools and the programming models they support. Although they have some overlapping use cases, there are many things that only one can handle well. Let’s have a look!

Heavy users claim that Airflow can do anything, but more precisely, Airflow is an open-source workflow management tool for planning, generating, and tracking processes.

The tool is a super-flexible task scheduler and data orchestrator suitable for most everyday tasks. Airflow can orchestrate ETL/ELT jobs, train machine learning models, track systems, notify, complete database backups, power functions within multiple APIs, and more. Using BashOperator and PythonOperator Airflow can run any bash or Python script. It doesn’t get any more customizable than that. Python also makes orchestration flows easy to set up (for people familiar with Python, of course).

In Airflow, every task is part of a DAG (directed acyclic graph). Tasks can consist of Python code you write yourself, or it may use built-in operators designed to interact with external systems. These tasks may depend on one another, meaning that one task can only be triggered once the task it depends on has finished running. The Airflow scheduler runs your tasks on an array of workers while adhering to the requirements you specify.

Apache Beam is more of an abstraction layer than a framework. It serves as a wrapper for Apache Spark, Apache Flink, Google Cloud Dataflow, and others, supporting a more or less similar programming model. The intent is that once someone learns Beam, they can run on multiple backends without getting to know them well. Beam creates batch and streaming data processing jobs, becoming an engine for dataflow, also basing the process on DAGs. The DAG nodes create a (potentially branching) pipeline. The DAG nodes are all active simultaneously, passing data pieces from one to the next as each performs some processing on it. Because of the unified model, batch and stream data are processed within Beam in the same way.

One of the main reasons to use Beam is the ability to switch between multiple runners such as Apache Spark, Apache Flink, Samza, and Google Cloud Dataflow. Without Beam, a unified programming model, varied runners have different capabilities, making it difficult to provide a portable API. Beam attempts to strike a delicate balance by actively incorporating advances from these runners into the Beam model while simultaneously engaging with the community to influence these runners’ roadmaps. The Direct Runner runs pipelines to ensure that they comply with the Apache Beam paradigm as precisely as possible. Runners are provided with smarts - the more, the better.

Indeed, Airflow and Apache Beam can both be classified as “Workflow Manager” tools. However, the better you get to know them, the more different they become. Airflow shines in data orchestration and pipeline dependency management, while Beam is a unified tool for building big data pipelines, which can be executed in the most popular data processing systems such as Spark or Flink. Beam is said to be more machine learning focused, while Airflow doesn’t have a specific purpose - it can do any data orchestration.

You should definitely consider using Beam if you want streaming and batch jobs with the same API; it is easily adjustable. Beam is also really effective for parallel data processing jobs, where the issue may be divided into several smaller data bundles. Beam may also be used for ETL (Extract, Transform, and Load) activities and pure data integration, but in this case, it’s just one of the suitable tools, not the best one. If you need to use, for example, Flink and Spark, Beam is a perfect integrator for them. Overall, Beam is a fantastic option for autoscaled real-time pipelines and huge batches in machine learning.

Airflow, on the other hand, is perfect for data orchestration. It works particularly well when the data awareness is kept in the source systems, and modern databases are obviously highly aware of their data content. Airflow creates robust pipelines, and it is the absolute best tool for tasks that can only be triggered if their dependencies are met (contrary to parallel tasks). With Airflow you can also get the data lineage from when data enters the database.

It’s important to remember that Airflow and Beam can work together, too. Airflow can be used to schedule and trigger Beam jobs, alongside the rest of the tasks it triggers. Long story short: the choice of your tool always depends on your specific needs, and Airflow is not Beam’s competition in any sense - instead, they complement each other.

Astronomer enables you to centrally develop, orchestrate, and monitor your data workflows with best-in-class open source technology. With multiple provider packages in our registry, it’s intuitive and straightforward to take off with your tasks and pipelines, and take full advantage of your data.

Would you like to get in touch with one of our experts? Let’s connect and get you started!