GitHub (Repo for this Webinar)

In Airflow if you have a task you can set its dependencies with syntax or bit-shift operators (see both on the slide). Best practice is not to mix these two in your code.

And then create a dependency chain.

All of these create a chain of dependencies such as: In order to make your tasks run simultaneously (parallel), you have to simply put them in brackets.

You can have them run in parallel or at the same time by using an array like so: 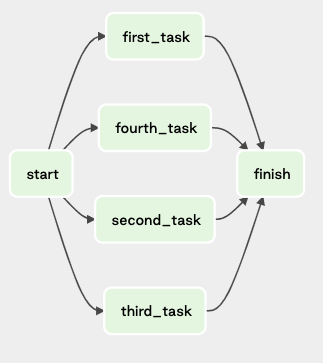 Or if you wanted d1 and d2 to run before d3 & d4 in parallel, you could combine the array and bitshift operator like so:

Sometimes your for loop will generate hundreds of tasks, and that can make your UI extremely messy and very difficult to follow task dependencies. For that reason, there is a function of task groups.

Task Groups are a UI grouping concept to organize your tasks and they can be added to the bitshift dependency chain. It’s kind of an abstract concept, but it allows you to put dependencies within a group and then connect it to an upstream dependency and then a downstream dependency.

The BranchPythonOperator takes a Python function as input and returns a task id (or a list of task ids) to decide which part of the graph to go down. This can be used to iterate down certain paths in a DAG-based off of the results of a function.

It’s useful when you have some business rules that are requiring you to run a specific pipeline and skip another based on whether certain criteria are true or false.

In this previous example on simple dependencies with branching, finish would never get triggered because by default that finish task is waiting for those 5 branch tasks to complete when in reality only one will be completed. So, we need to use Trigger Rules on the finish task to “one_success”.

The TriggerDagRunOperator Triggers a DAG run for a specified dag_id.

Sensors Sensors are a special type of Operator that is designed to do exactly one thing - wait for something to occur. It can be time-based or waiting for a file, or an external event, but all they do is wait until something happens, and then succeed so their downstream tasks can run. 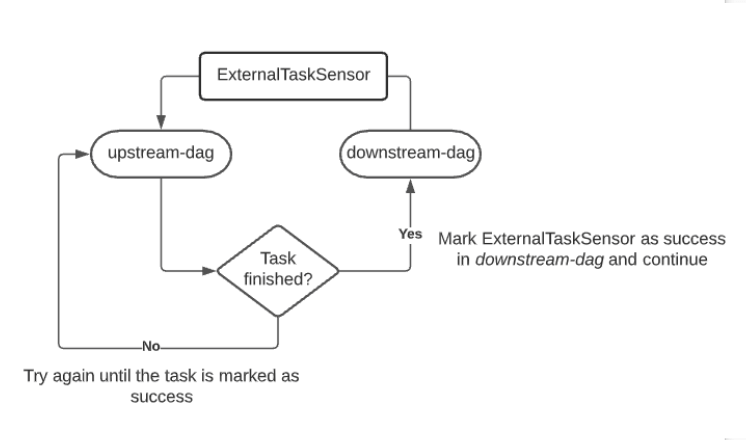 It’s important to note that both DAGs should be on the same run schedule when running an ExternalTaskSensor. If they aren’t be sure to use the execution_delta field so that the ExternalTaskSensor knows which task run to look for.

The rule of thumb is to have a separate deployment per team within a company, just like we do in Astronomer.

Airflow 2.0 introduced Airflow stable REST API. If you have an API key to a deployment separate from yours, you can actually make REST API calls to another deployment.

See the use case in the github repository.