1. The need for lineage metadata 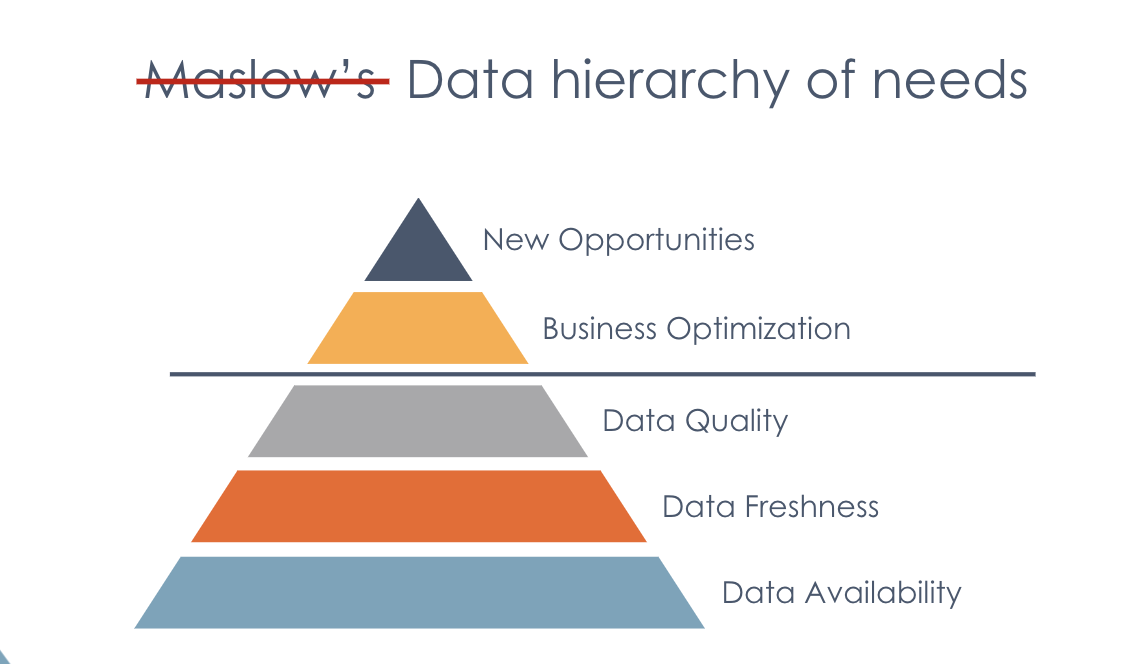 How do we go about building good data inside of an organization?

Data availability, freshness, and quality are fundamental capabilities, required as a base layer to achieve higher-order business benefits.

An organization consistently supplied with good data can begin to methodically optimize and improve its processes, look for anomalies in the data that can lead improvements and better business results. 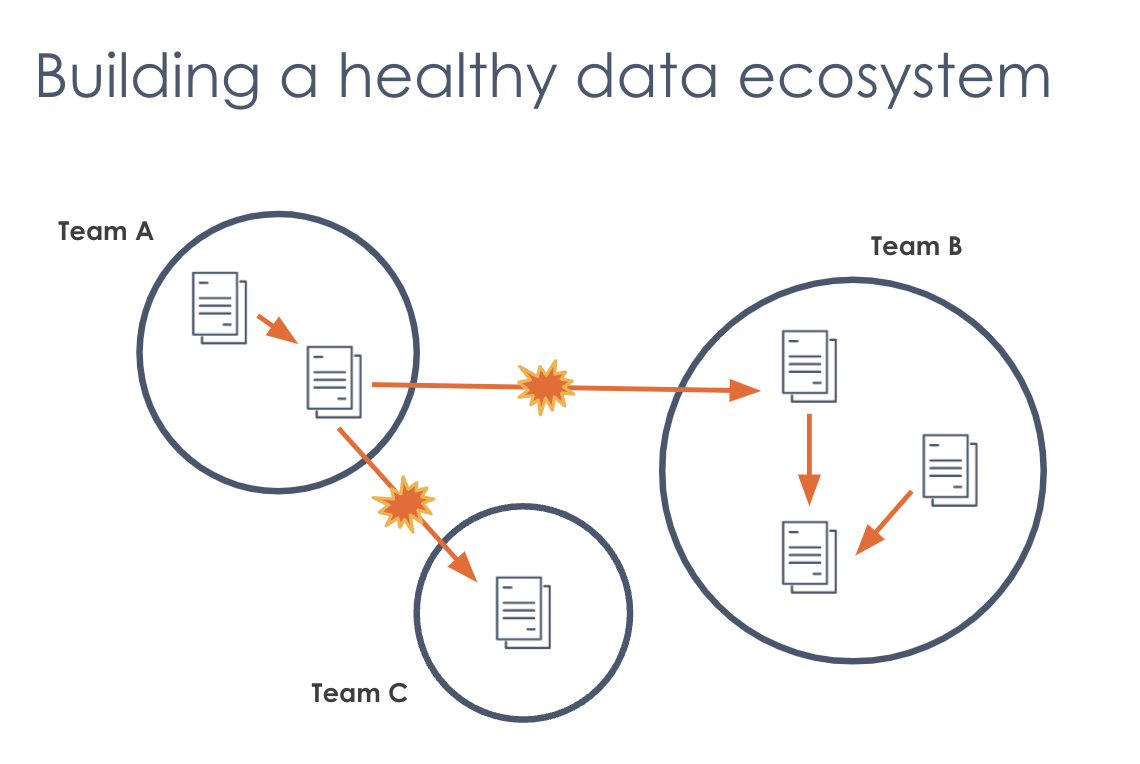 But it's not super easy to build a healthy data ecosystem!

The result of data democratization (which is otherwise a terrific thing) is fragmentation, as in the picture above. This creates opportunity for conflict. A healthy data ecosystem in a properly functioning organization looks like a somewhat fragmented, chaotic mess that provides both opportunity and challenge.

Having a fragmented data ecosystem with the potential for organic growth in an organization is beneficial, but it also creates a data "black box."

It can be difficult to find information such as:

The solution to this challenge is data lineage.

4. What is data lineage? 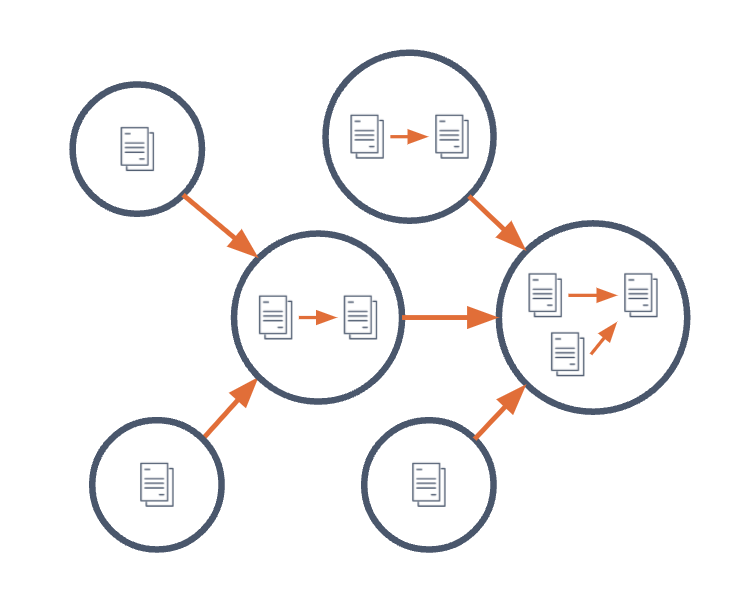 Data lineage is the set of complex relationships between datasets and jobs in a pipeline.

Practically speaking, data lineage should be something very visual, like a map of your data pipeline that helps you understand how datasets affect one another

First and foremost, OpenLineage is a community.

There's a lot to gain by having the entire industry work together to establish a standard for lineage, and OpenLineage is exactly that: a lingua franca for talking about how data moves across different tools.

6. The purpose of Open Lineage

PURPOSE: To define an open standard for the collection of lineage metadata from pipelines as they are running.

The best moment to capture context about a dataset is when that dataset is created. So OpenLineage observes jobs to capture data lineage as they run (as opposed to attempting to reconstruct it afterward from the information left behind).

The OpenLineage architecture was designed to capture real-time data lineage for operational use cases, and work with all kinds of different tools.

Before OpenLineage tools like Marquez, Amundsen, etc. would have had to build separate integrations with all the different analysis tools and schedules and warehouses and SQL engines and other metadata servers. This was a lot of duplicated effort.

With OpenLineage, we're able to unify a lot of this work so that these data collectors can be built once and benefit a whole cohort of tools that need the same information. OpenLineage standardizes how information about lineage is captured across the ecosystem. 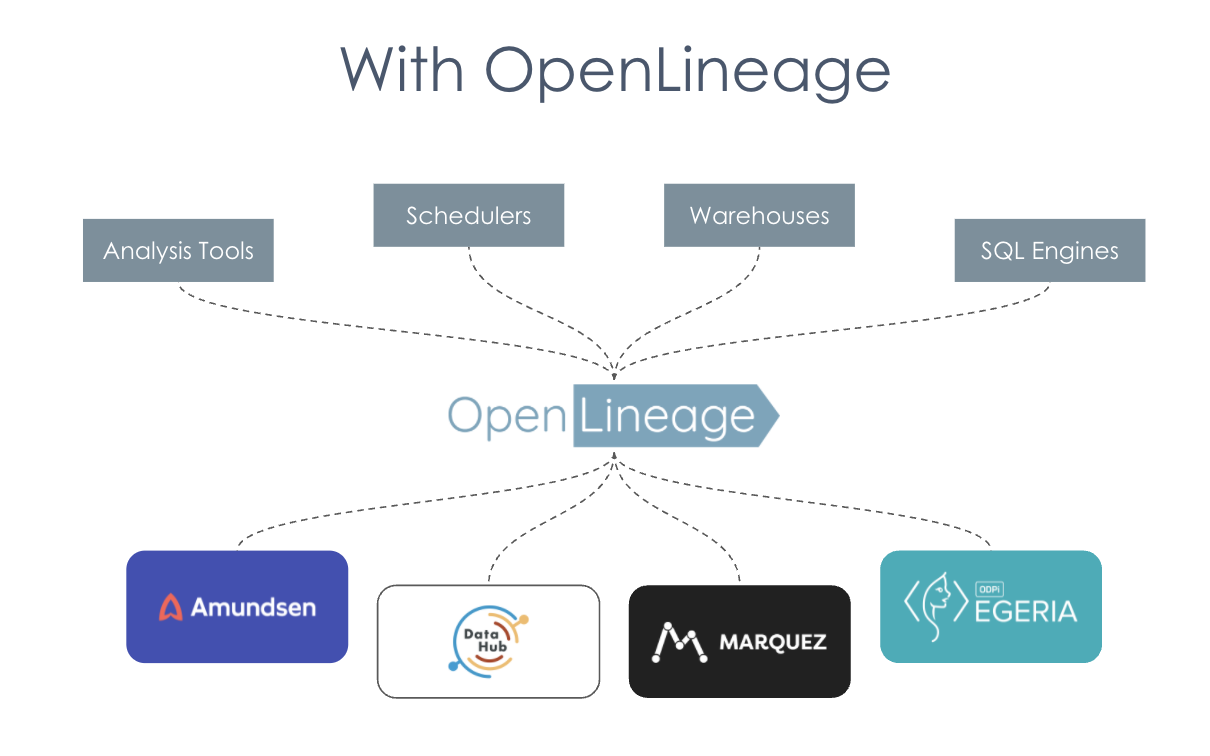 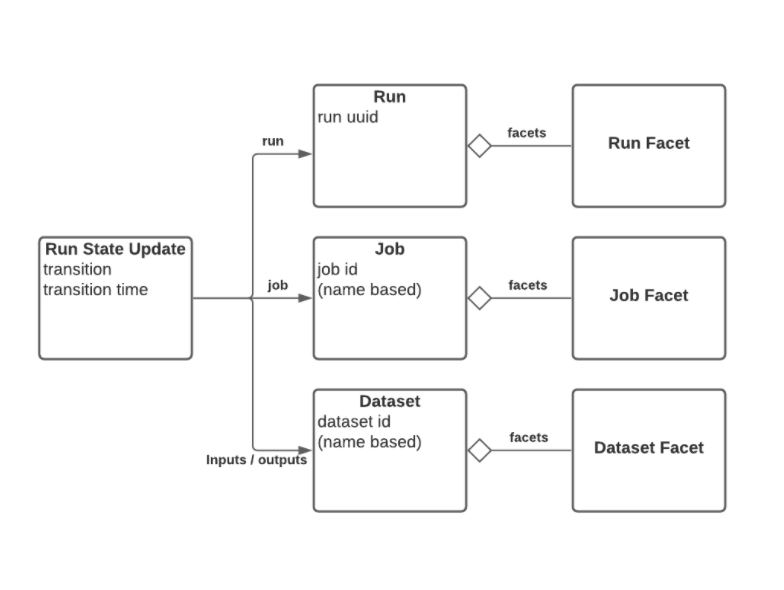 Extensible Facets are atomic pieces of metadata identified by a unique name that can be attached to core OpenLineage entities.

Decentralized Prefixes in facet names allow the definition of Custom Facets that can be promoted to the spec at a later point.

Facets can be used to extend each of these core entities in a variety of ways.

What is the use case for lineage? It truly enhances every use case that it touches.

The possibilities are endless!

At its core, Marquez is a metadata service. 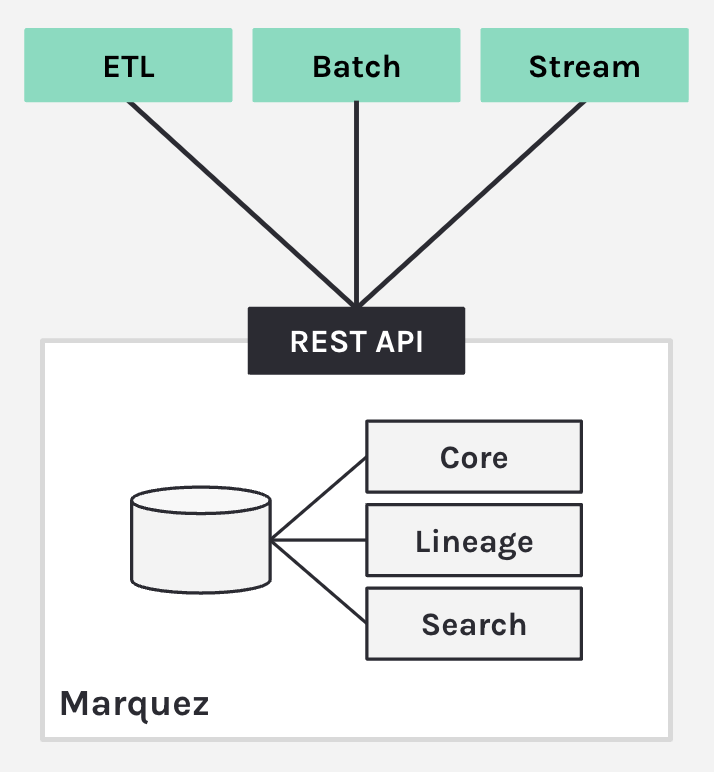 Imagine joining a company, and you want to know some top datasets or some data sets that you should be using for your dashboard or pipeline. Marquez allows you to search catalogs and give you all the answers quickly.

2. The model of Marquez

Marquez introduces the ability to version datasets and jobs.

As Marquez looks at the linear events and looks at a job, it sees what metadata has changed. A lot of the time, with a job, the code changes; it's not static. So as your code changes the integrations with GitHub GitLab, Marquez applies a straightforward logic to version that dataset. As you start a job, Marquez begins to collect the run states, and then associates run states to that run, producing a dataset version when completed.

So what are the benefits of this model?

It makes you able to answer the question at what point in time was this issue introduced, and also, what are the downstream systems or jobs that now are affected by that?

If you can identify the job that produced the error, you'll be able to do the full and incremental process of backfilling your data and trigger downstream DAGs, which will now use corrected data. 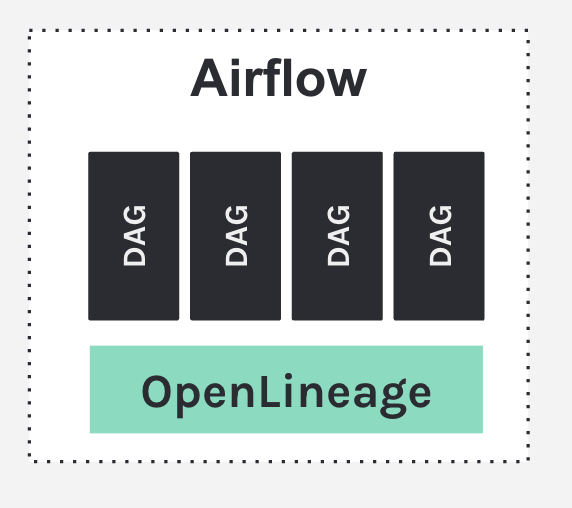 Metadata extractors are essentially a one-to-one relationship. For every operator, you have an extractor that looks at the surface level of what that operator's doing.

Your DAG is executing, and all this information is sent to the Marquez REST API, which then populates the model. Marquez is able to look at that metadata and know how to version it and put and catalog it in suitable tables.

Operator metadata example: new room booking DAG that uses a post-stress operator and all it's doing is just generating room booking system surveys in the sample.

Look at the connection ID and identify it as a source.

The job itself is going to be the task ID.

Sometimes a DAG looks great, but you have these dependencies that aren't surfaced until you have a lineage graph:

Go to the video for an amazing demo and Q&A which start at the 27th minute!