Dependencies are one of Airflow’s most powerful and popular features. In Airflow, your pipelines are defined as Directed, Acyclic Graphs (DAGs). If each task is a node in that graph, then dependencies are the directed edges that determine how you can move through the graph. Because of this, dependencies are key to following data engineering best practices because they help you define flexible pipelines with atomic tasks.

Throughout this guide, we’ll use the following terms to describe task dependencies:

In this guide we’ll cover the many ways you can implement dependencies in Airflow, including:

For a detailed presentation of all these topics, check out our webinar on managing dependencies in Airflow.

Basic dependencies between Airflow tasks can be set in two ways:

For example, if we have a DAG with four sequential tasks, the dependencies can be set in four ways:

All of these methods are equivalent, resulting in the following DAG:

Which method you choose is a matter of personal preference, but we recommend using a single method consistently. For example, using both bitshift operators and set_upstream/set_downstream in your DAGs can overly-complicate your code.

What if we want to set a parallel dependency where two downstream tasks are dependent on the same upstream task? For this use case, we can use lists or tuples:

These statements are equivalent and result in the following DAG: 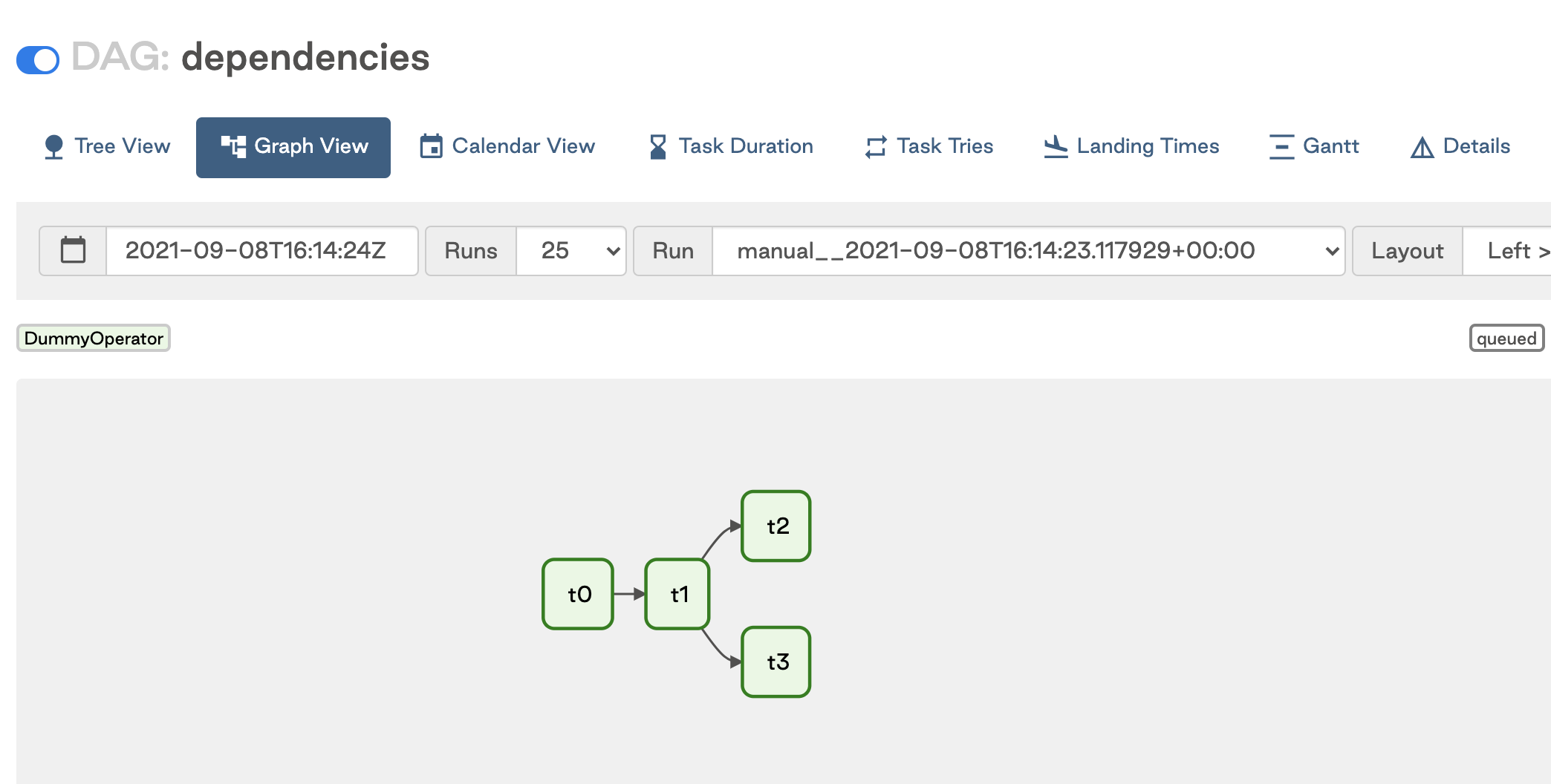 What if we want to set multiple parallel cross-dependencies? Unfortunately, Airflow can’t parse dependencies between two lists (e.g. [t0, t1] >> [t2, t3] throws an error). If you need to set dependencies in this manner, you can use Airflow’s chain function: 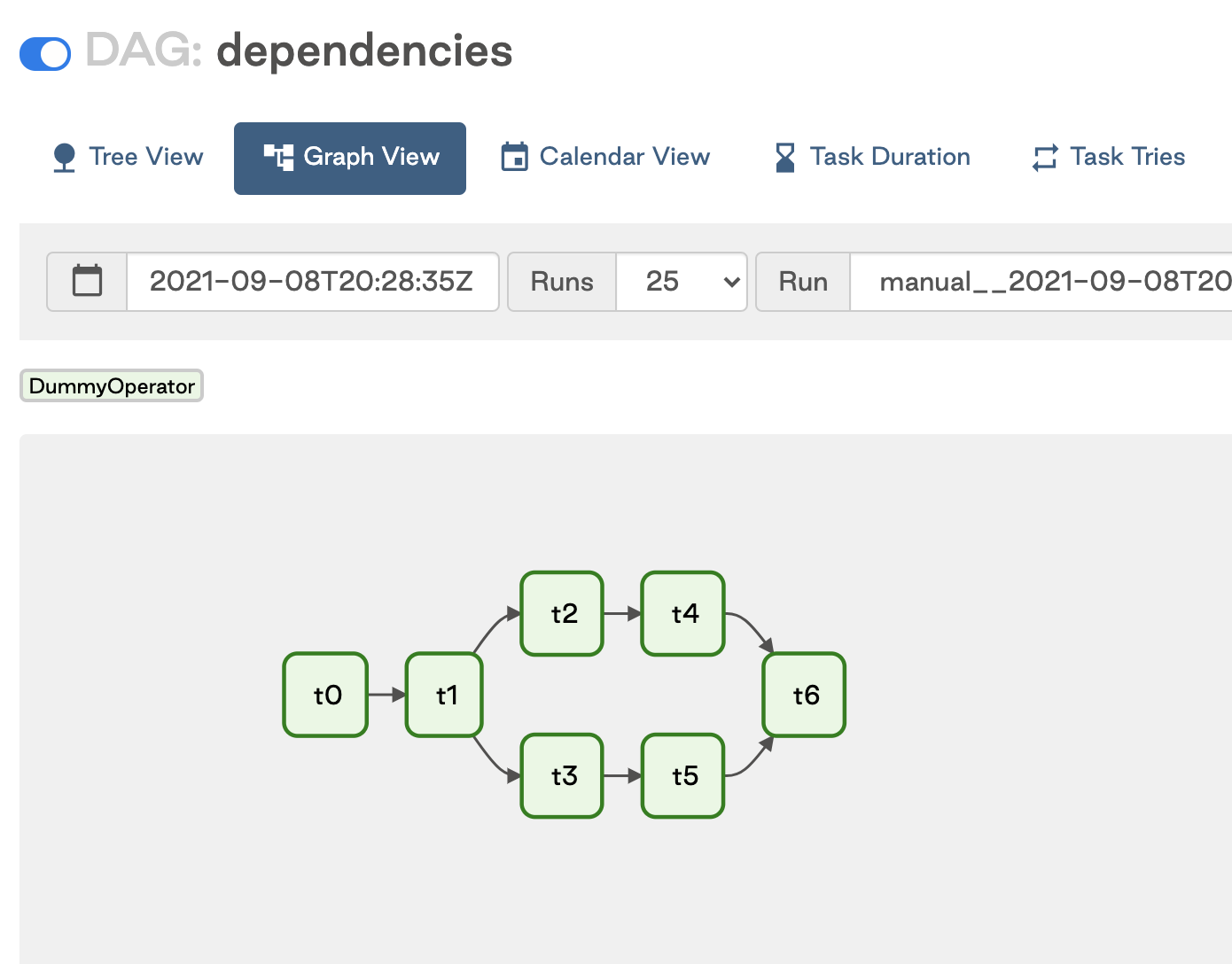 Note that with the chain function, any lists or tuples included must be of the same length.

For example, below we generate a set of parallel dynamic tasks by looping through a list of endpoints. We define the dependencies within the loop, which means every generate_file task is downstream of start and upstream of send_email. 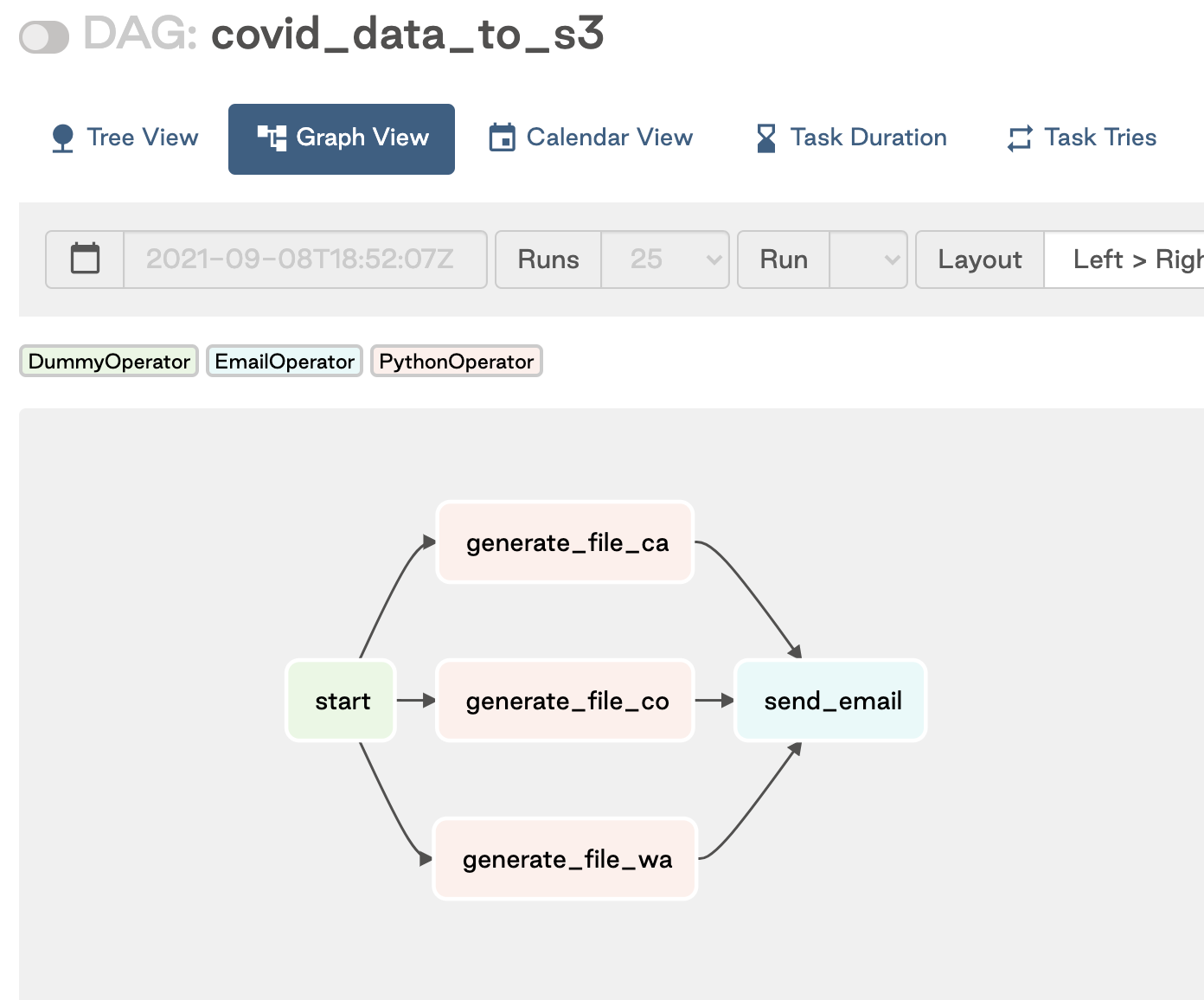 Task groups are a UI-based grouping concept available in Airflow 2.0+. For more information on task groups in general, including how to create them and when to use them, check out our task groups guide. 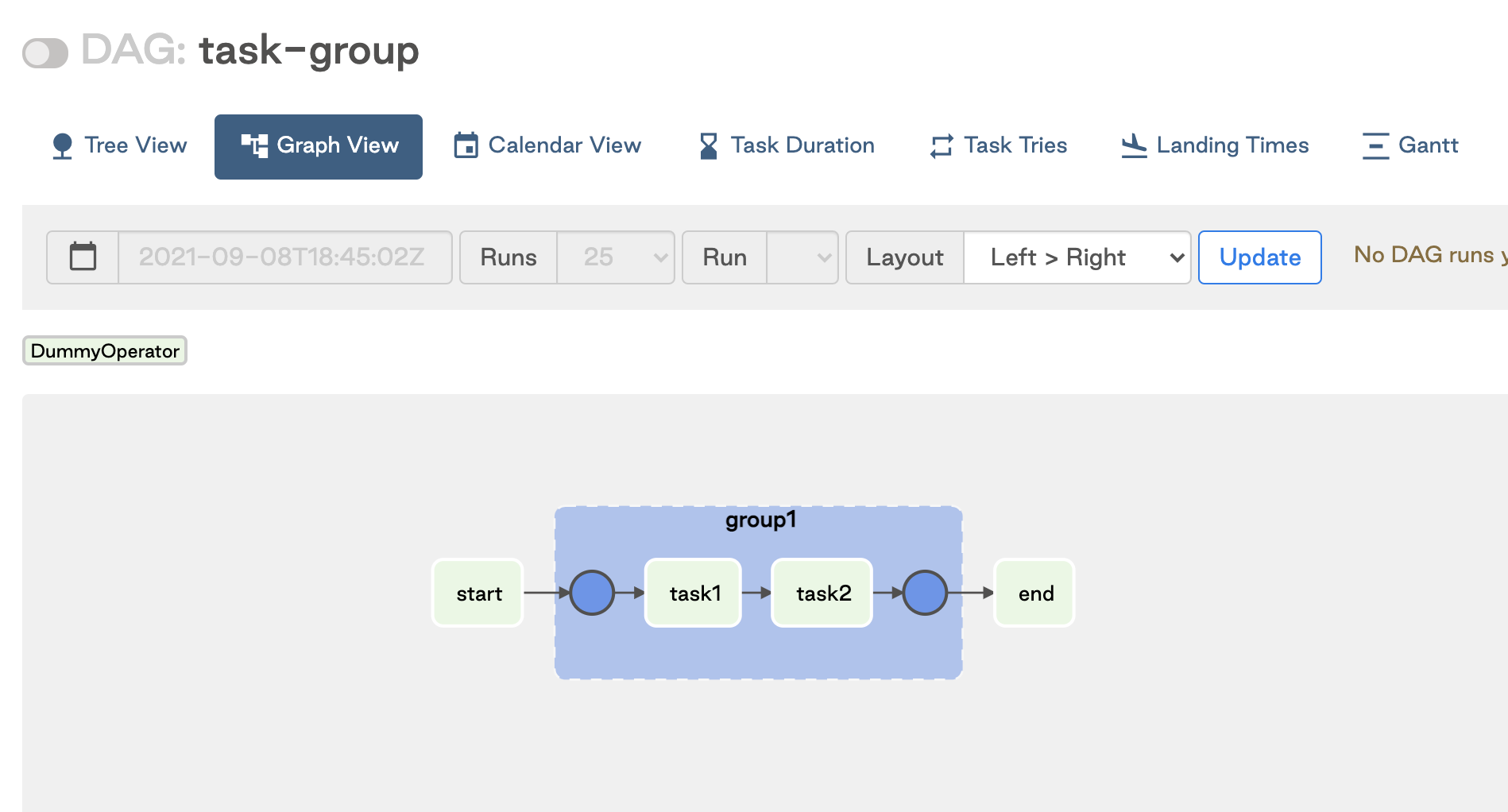 Dependencies with the TaskFlow API 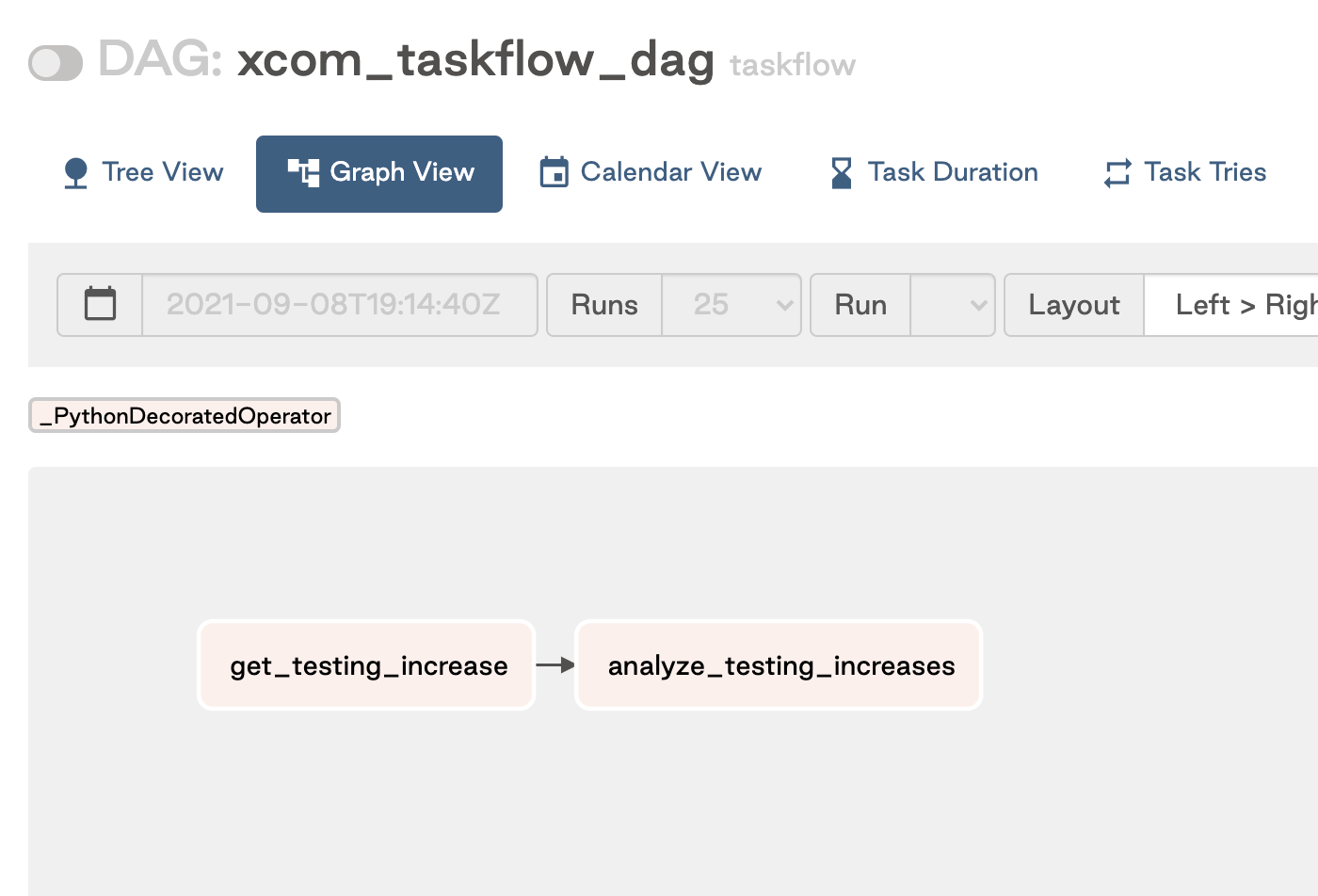 The options available are:

One common scenario where you might need to implement trigger rules is if your DAG contains conditional logic like branching. In these cases, one_success might be a more appropriate rule than all_success.

For example, in the following DAG we have a simple branch with a downstream task that needs to run if either of the branches are followed. With the all_success rule, the end task would never run because all but one of the branch tasks will always be skipped and therefore will not have a state of ‘success’. If we change the trigger rule to one_success, then the end task can run so long as one of the branches successfully completes. 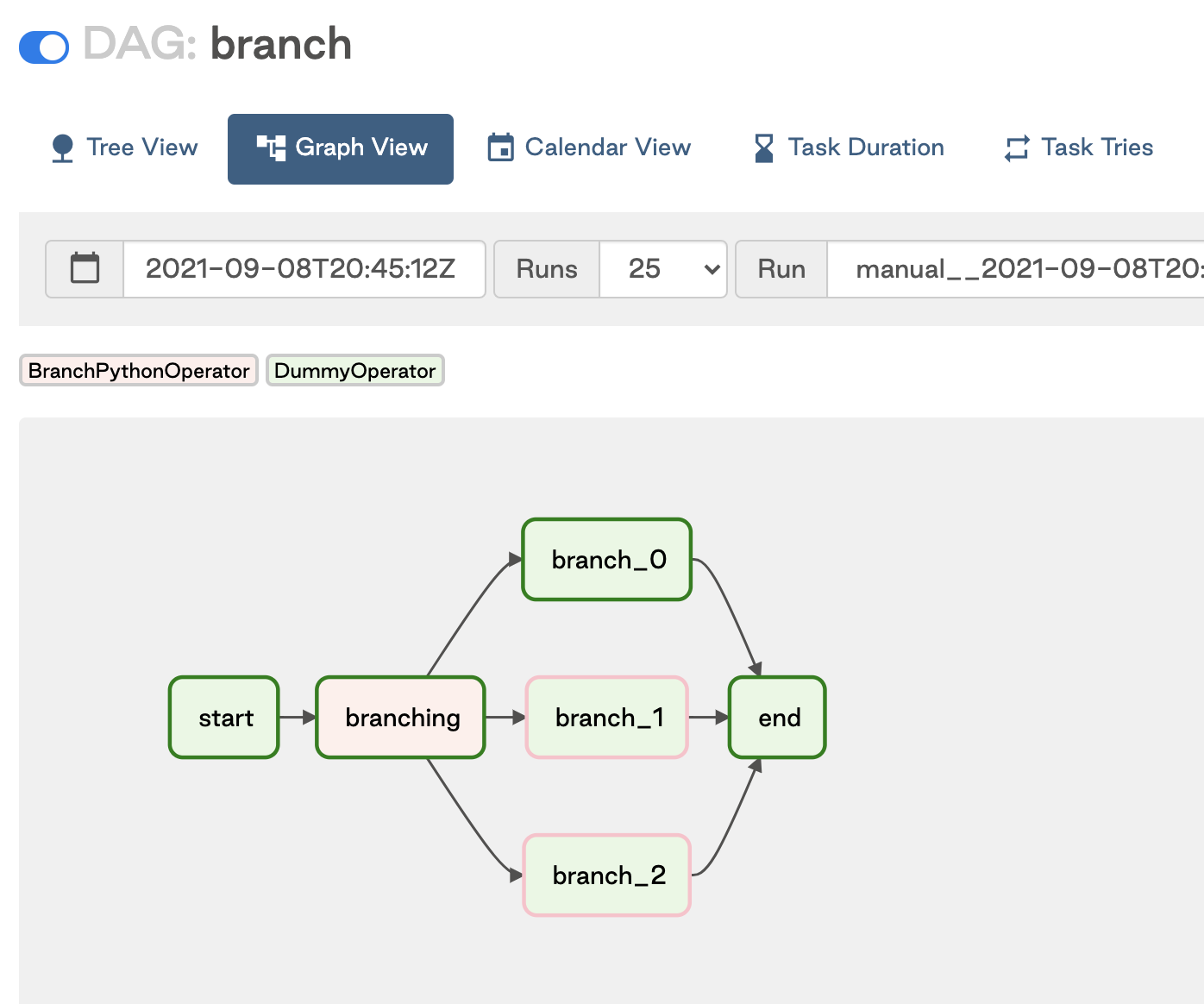