When working with Airflow, it is important to understand its underlying components of its infrastructure. Even if you mostly interact with Airflow as a DAG author, knowing which components are “under the hood” are and why they are needed can be helpful for running developing your DAGs, debugging, and running Airflow successfully.

Apache Airflow has four core components that are running at all times:

If you run Airflow locally using the Astro CLI, you’ll notice that when you start Airflow using astrocloud dev start, it will spin up three containers, one for each of the components listed above.

In addition to these core components, there are a few situational components that are used only to run tasks or make use of certain features:

In the following diagram taken from the Airflow documentation, you can see how all of these components work together: 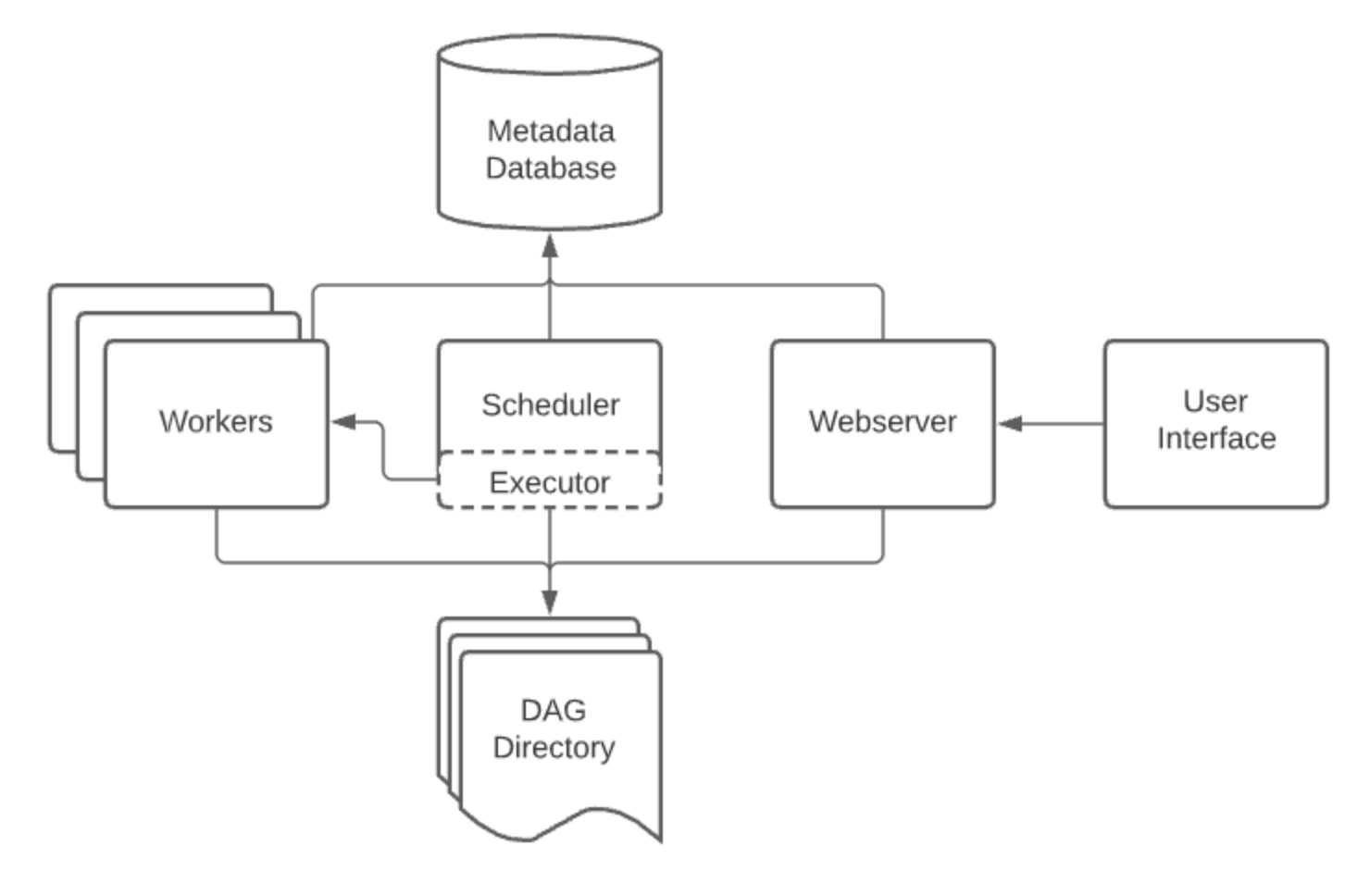 Airflow users can choose from multiple available executors or write a custom one. Each executor excels in specific situations:

Note that there are also a couple of other executors that we don’t cover here, including the CeleryKubernetes Executor and the Dask Executor. These are considered more experimental and are not as widely adopted as the other executors covered here.

All of the components discussed above should be run on supporting infrastructure appropriate for your scale and use case. Running Airflow on a local computer (e.g. using the Astro CLI) can be great for testing and DAG development, but is likely not sufficient to support DAGs running in production.

There are many resources out there to help with managing Airflow’s components, including:

Scalability is also important to consider when setting up your production Airflow. For more on this, check out our Scaling Out Airflow guide.

Airflow can be made highly available, which makes it suitable for large organizations with critical production workloads. Airflow 2 introduced a highly available Scheduler, meaning that you can run multiple Scheduler replicas in an active-active model. This makes the Scheduler more performant and resilient, eliminating a single point of failure within your Airflow environment.

Note that running multiple Schedulers does come with some extra requirements for the database. For more on how to make use of the HA Scheduler, check out the Apache Airflow documentation.